Learning to code at MonkeySource 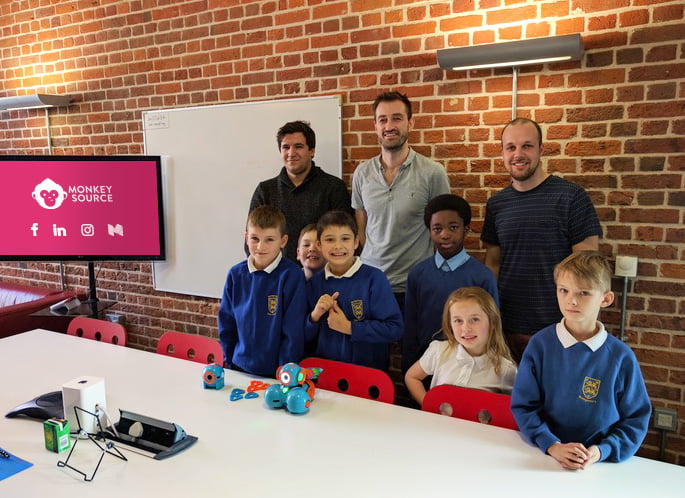 At MonkeySource we are firm believers in the coding is a super power philosophy. And the best thing our children can do to secure their future is to learn to code. Few would argue software is our future and it is our belief that those who learn to code will have the keys to this future. That’s why, when Montgomery Junior School contacted us to see if a class could visit the office to see a bit of what we do, we jumped at the chance and set about creating a robotics programming lesson.

One of our goals was to make programming as accessible as possible. And while we find languages such as Scratch great for a complete programming course to a set age group. We needed to cater for a range of ages and give a one-off lesson. Therefore, we enlisted the help of Dash and Dot (https://www.makewonder.com/), an amazing couple of robots that can be programmed with Blocky, direct from iPads. We felt iPads to be more accessible to all age groups and seeing the results in a form of a talking robot is instantly engaging to all levels and great fun even for observers. 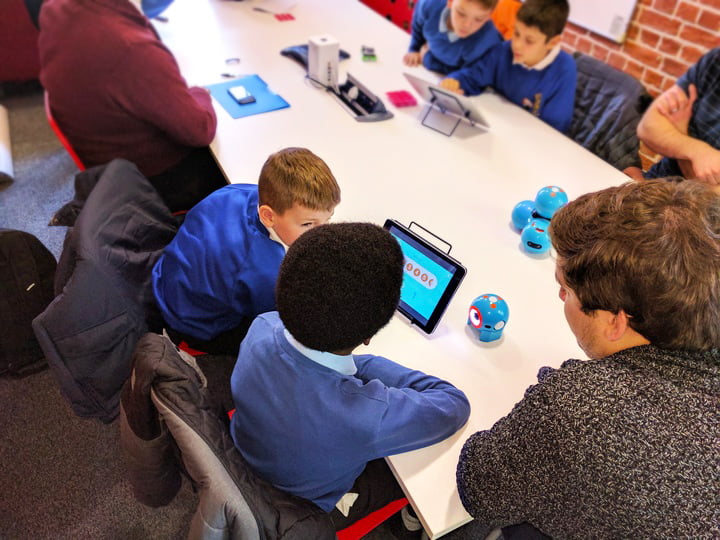 Also, just in case the robots didn’t engage the kids as much as they had us in the weeks before, we had the VR on standby! 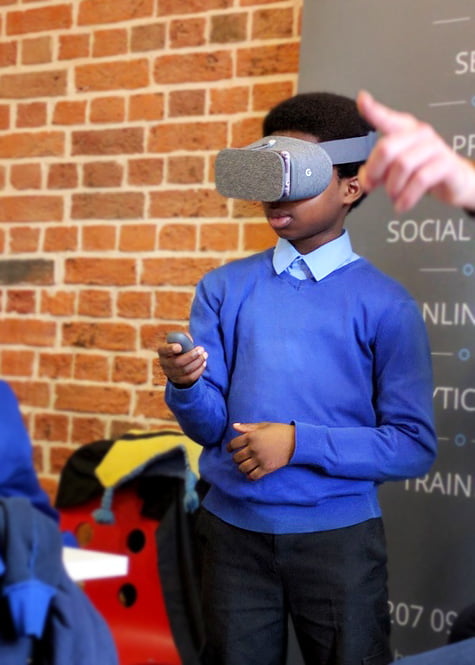 Children seem to have a natural grasp for technology and although they are all keen consumers, most wanted to be a YouTuber ;), it was still great to see how quickly they grasped the basics of programming. Programs got complicated quickly and before long a robot shooting war was on between the two teams.

I’m not sure who had the most fun, us, the children, or Phil their teacher in VR? But it was great to have the opportunity with special mentions going to:

Thanks to all, it was truly a pleasure.